As the Internet continuously grows to become more and more competitive, achieving that “top rank” might seem close to impossible. As much as you are doing your best to get the spot using your web designing techniques, there are just some instances that you forget the simple things that really matter. Thus, here are five web designing turnoffs that you should never forget because you should totally avoid them.

Who likes too many popups? Who would enjoy being redirected to a number of sites? Plus, being asked time and time again if they would allow notifications or not? Several advertisers recommend that the use of popups increases the conversion rates. However, a study last 2013 concluded that 70% of internet users found these popups very annoying. Well, it’s not necessarily bad to use popups as they serve their own duties but, what bad is using too many of them all at once.

Animation definitely gives every website a cool and professional vibe. However, just like the popups, if there will be too much of them, assume that your audience will either find them annoying or awkward. Animation is specially used to help you highlight things such as call-to-action buttons and key content. Presenting them a lot of swirling and swishing here and there is a big no. They should help your audience focus on what your website is offering and not the other way around.

As we live in a very fast-paced life, we are all used to getting what we need in an instant. If your website tends to be much slower amongst the others, well, you should do something about it. There are too many competitors out there and a site visitor will not wait for you until you are ready. Starting from the site speed of your website, you must be fast on providing your potential customers with what they need. According to Google’s research, if a site takes more than three seconds to load, 53% of smartphone users dump them to find another. Pretty harsh, right?

Another common thing in web designing talks is the autoplay media. Content does not necessarily equate to blogs or compilation of texts anymore but to other kinds of media too. Some websites have some trouble controlling them. Audio, video and GIFs are the most commonly used ones and they tend to be a little annoying at times. Autoplay media is surely useful as it automatically gives a glimpse of your content. However, some people do not like being pressed on with something that they did not ask for in the first place.

Although mobile-friendliness has already proved its importance in digital marketing, still some web designers fail to give them the attention they need. Overlapping or misaligned items and inconsistent formats are just signs of a web designer not paying attention to the little details. In 2018, Statista stated that 52.2 % of internet traffic occurred on mobile phones, a big note that you must put some serious attention to your site’s mobile-friendliness. Add the fact that also, last March 2018 Google’s algorithm has changed. Google now prioritizes mobile-first indexing. A mobile-unfriendly website not only means that you care less about the user-experience but also on its negative impact on your SEO.

This is just the standard list of qualities that your website must never have. Yet, these are also the most common problems every web designer deals with. Remember that every single attribute of your website is not only used to market your brand and attract potential customers, they must also contribute positively to your overall user-experience. 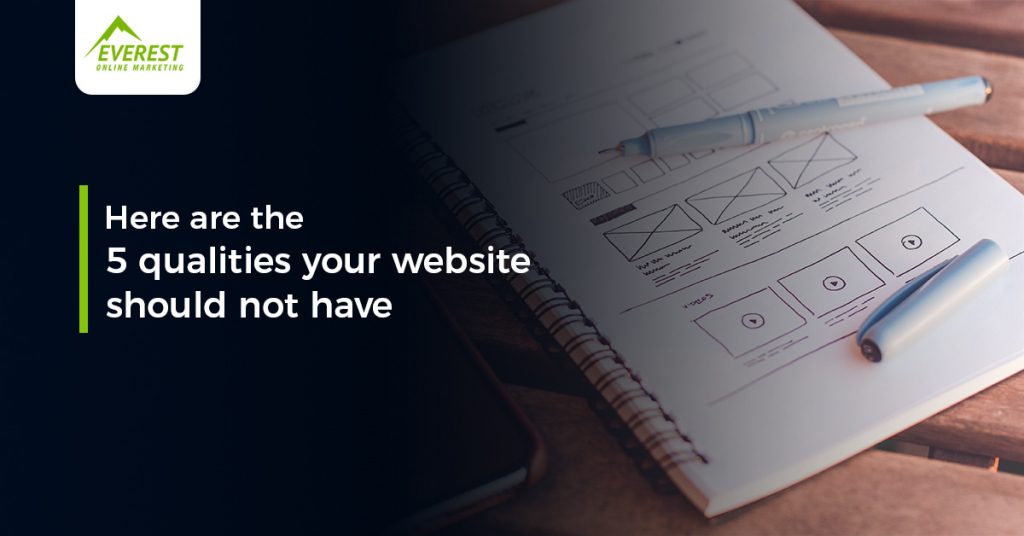 About the Author: Dee